The Lowry Pueblo National Historic Landmark is a Puebloan “Great House” that contains thirty-seven rooms, eight kivas, and one Great Kiva. Archaeologists have dated the construction and occupation of the site to 100 years in the 11th Century though there is evidence that people continued to use the site into the mid-1200s.

While the number of people living at Lowry likely fluctuated throughout its history it is generally believed that around forty people called this site home, The Great Kiva, located away from the main living area at the landmark is a remarkable example of community architecture. With a diameter of more than 50 feet across the structure would have been capable of seating around 100 people. Kivas were used for ceremonial and political purposes and were traditionally reserved for men.

An ancestral Puebloan in the 1100’s looking around the Kiva would have seen white bold geometric designs running around the inside. Unfortunately the kiva wall paintings have thoroughly deteriorated since the site was re-excavated in the 1970's.

Lowry Pueblo by CyArk on Sketchfab Please use your mouse scroll wheel to zoom in and out of the model. 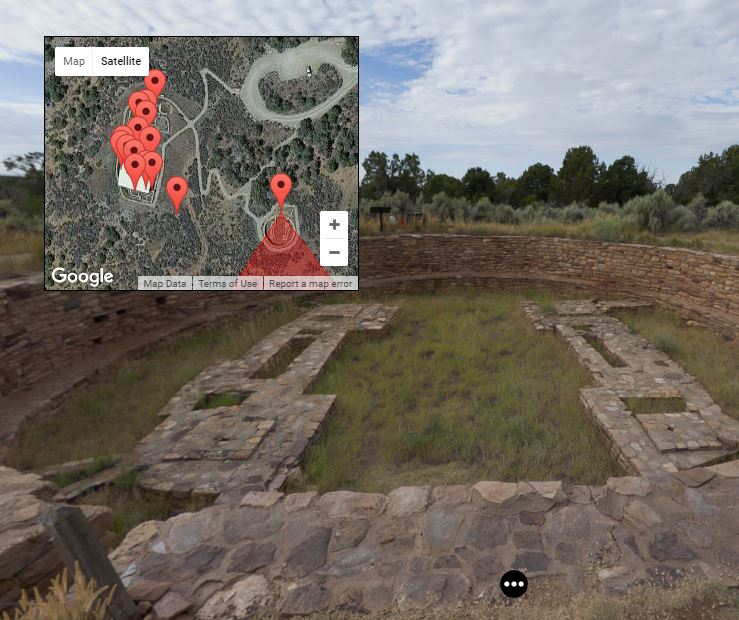 The early 1900’s saw a renewed interest in the archaeology of the southwest.  Lowry Pueblo was first recorded in 1918 by the Jesse Walter Fewkes of the Smithsonian Institution's Bureau of American ethnology and was first excavated by Paul S  Martin from the Chicago based Field Museum in 1930, 1931, 1933 and 1934.

Martin worked on establishing a chronology at Lowry which he hoped would help date sites around the same region. Martin believe Lowry was an ideal site to develop this chronology because it was occupied by different generations and the site itself had been neglected leaving most of the material culture untouched.

Martin and other archaeologists determined that the site was rebuilt several times where the first phase consisted of four rooms, two smaller kivas and the great kiva. The Second phase saw the construction of 12 more rooms and additional kivas.

Becoming a Monument and Preservation Efforts

Due to its outstanding architectural value, Lowry Pueblo was designated as a National Historic Landmark in 1967 and became part of the Canyons of the Ancients National Monument in 2000. The Monument, under the care of the Bureau of Land Management (BLM) protects this archaeologically-significant landscape that has supported human life for the last 10,000 years.

In the 1960’s and 1970’s, the Bureau of Land Management contracted James Lancaster of the University of Colorado Boulder to re-excavate and stabilize the site.  A roof was added over parts of the ruins to better protect them.

In 2016, Lowry Pueblo was documented by  the University of Colorado Denver Center of Preservation Research (CoPR) through a combination of 3D laser scanning and high resolution imagery. The data provides an accurate baseline to monitor deterioration of the architectural remains while also complementing existing historical documentation and advancing the capability for planning future preservation efforts.

The BLM encourages you to visit the site but please visit with respect as these ancient places are fragile and are sacred to living native American communities.

This project was paid for in part by a History Colorado State Historical Fund grant.